Destroying everything that is near him

Male
Mighty Buzzard is the Beak Impact version of Space Eagle and Mighty Eagle that appears in Angry Birds Space.

He looks like Space Eagle but dark blue, with a soft beak, white hair, happy expression and wears a white astronaut suit with a black collar. In the game, he doesn't have cheeks.

He can be summoned if the player throws a sardine can in Beak Impact. He will then appear from a Black Hole and destroy everything that is near, acting the same way as Space Eagle. 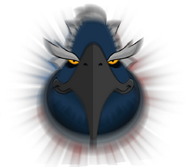 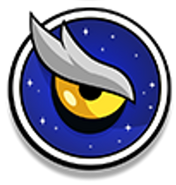