Mass destruction in a given area

Unlike Mighty Eagle, there are no time restrictions on use, and you can use several per level. You can earn them through gameplay achievements, and he is available as an in-app purchase on iOS and Android via the Android Market (Google Play).

Tip: When you get 100% Total Destruction on all the levels of an episode, a feather will appear next to the episode's object. It was formerly three feathers with a glowing color, but it was replaced with this in recent updates.

If you look in the birds game sprites on Angry Birds Space's files for PC, you can see Space Eagle in the sprite sheet along with the other birds.

The Space Eagle somewhat resembles a raven or crow with it's purple plumage. It also has two plume feathers on top of his head. The Space Eagle's beak appears to be strongly curved, but that's to be expected. Space Eagle appears much larger than Earth-going Mighty Eagle but is much weaker

In the Beak Impact levels, Space Eagle is replaced by the Mighty Buzzard, that behaves the same way but it's dark blue, happy, old, with white hair and with a different beak in appearance. 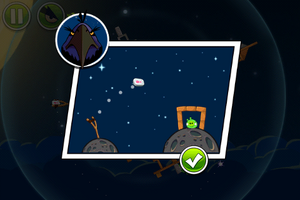 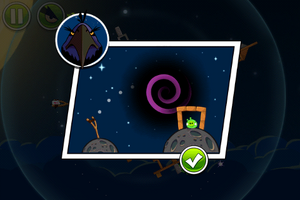 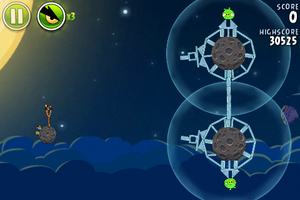 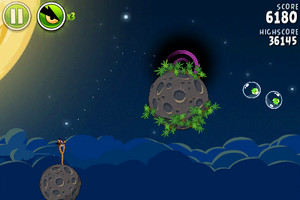 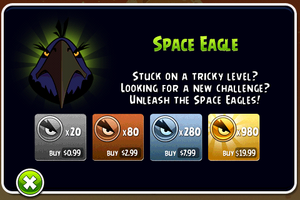 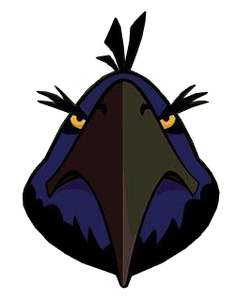 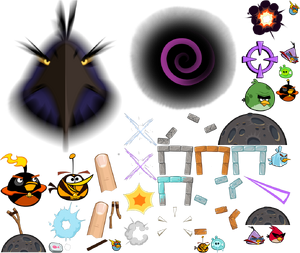 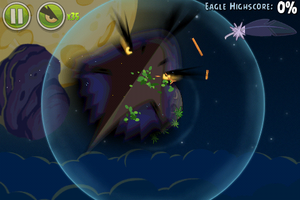 Space Eagle in use
Community content is available under CC-BY-SA unless otherwise noted.
Advertisement