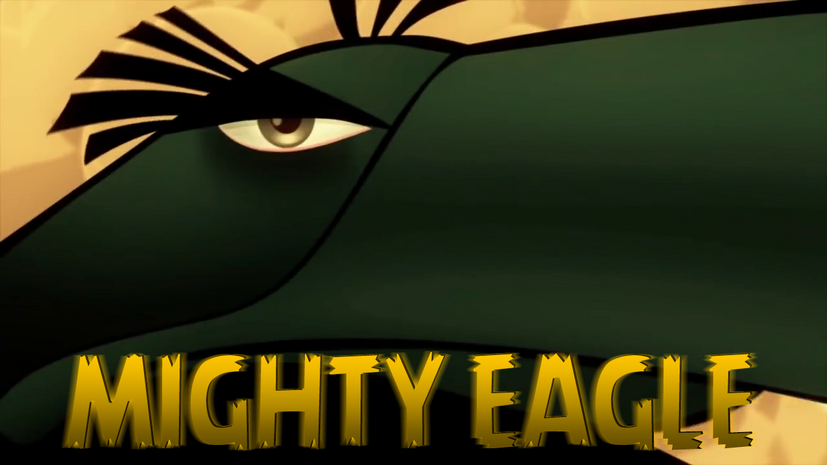 In his appearance in Toons and Epic, Mighty Eagle's feathers are brown and his thick brows are now smaller and his eyebags are magenta.

In the film version, Mighty Eagle appears as a giant white and dark brown anthropomorphic Northern Bald Eagle with muscular and fat build and is identical to his game counterpart but with minor changes. He has a large dark brown feathered arms which he uses for flight and does not have the three black feathers on top of his head. He also has an orange feet with black claws and has large black feathers on his back. His thick brows are now messier like his game counterpart, his large beak has maintained but the back of his beak was curled when he smiles arrogantly and his eyebags are now magenta like his Toons appearance.

"The Mighty Eagle is deep. He is a dedicated defender of the common good. Although he is happy working independently, he likes to have support and positive feedback from others. When he sets out to do something, he gives it all he's got."

Mighty is a very wise and powerful bird who is greatly respected by the birds. He is also happy when he gives a candy to the Blues during Hamoween.

His description was updated into the movie version.

Mighty Eagle is a legend of mythical proportions in the bird community. The birds grew up with songs and tales about his amazing adventures and heroism. Because of his giant majestic wings, he is the only bird who has ever managed to fly.

In the film version, Mighty is different than his game counterpart who is wise to all the birds, he appears as somewhat of a celebrity jock who had many trophies and other things due to his heroism to protect the birds in Bird Island. He is initially lazy as seen in the movie before he shows his bravery to save the eggs.

Mighty appears in any level within the following apps:

Mighty plays a big role in Angry Birds Evolution, but not as a playable character. This game features Mighty's incarnation from the movie When the birds discover that the pigs are invading their island again, they go to Eagle Mountain to ask Mighty for help. However, Mighty says he can't defeat the pigs on his own and requires the assistance of the Eagle Forcers, a group of superpowered birds he used to fight the pigs with. As the player progresses through the game, Mighty tells them where they need to go to find the next Eagle Forcer.

Mighty is the strongest of all of the available Birds, and as such, has a limited use: If the Eagle is used on a level that hasn't been completed normally, he can't be used again on another non-completed level until a solid hour has passed. However, if he's used on a level that the player has already completed, the player won't have to wait before he can be used again.

To summon the bird, the player must first purchase him for 99 cents (only once), then on the top left of the screen during gameplay, press the same eye button used to first purchase the Eagle. If this button is tapped, all of the standard Birds will instantly disappear and a can of sardines will be on the slingshot. Then, the player must simply fire the sardines from the slingshot at the Pigs' structure. After a few seconds, Mighty will come roaring down from the skies and strike the ground with incredible force, and every pig in his path will be popped immediately and every building block completely reduced to rubble. Any missed pigs will be instead killed by a massive earthquake the Eagle causes. Also, Mighty has a unique ability-- if you place the can of sardines in front of the pigs structure, it will in turn cause him to hit the ground and spin out of control, which actually causes more damage.

If Mighty is used to pass the level, zero stars will be awarded, and the standard scoring system will be replaced by a "Destruction" meter. Depending on how much damage the Eagle causes to the Pig's structure, this meter will fill up to a maximum of 100%. Scoring a perfect percentage ratio will award the "Total Destruction" feather next to the level's icon on the stage select screen. In some scenarios, the default birds will have to be used in conjunction with the Eagle to get 100%. If he is used in an incomplete level, the user cannot use the Eagle in this manner again until he either waits one real-time hour or completes the level again only without using the Eagle.

When the sardines tap the ground, the Eagle hears it. He flies in to take them, once he has them he crashes to the ground and bounces off. With his aching beak, he takes an hour to recover.

In the movie version, Mighty can break through everything in its path as well as taking flight with the use of his feathered arms as his wings. His power is different than his game counterpart and he was seen struggling to fly when he carries the eggs from his beak as he put them to safety.

At present, Mighty is unlockable for the following:

In the animated short film, Red, Jay and Chuck happily stare at The Eggs. Then, a butterfly accidentally knocks over an egg, angering the birds, thus distracting them. The Bad Piggies then took the opportunity to steal the eggs.

The birds then go after the Bad Piggies to defend their eggs, in the process of destroying several small pig forts, then the pigs were eventually forced to retreat into a large steel fortified base invulnerable to the bird's effort.

Suddenly, Chuck pulled out a can of Sardines as an idea to get help from the Mighty Eagle. Then, Red, in fear, went to the cave where Mighty Eagle dwells, and asked for assistance while offering the sardines. Mighty Eagle then looks at the can, and accepts the deal.

The Chef Pig came out of the base later on, scouting. He was suddenly knocked on the head by the sardine can. He looked around, saw the can of sardines, and the shadow of the eagle appears. The chef panics, squeals, runs inside, takes the eggs out of the fortress, and waves a white flag, indicating a surrender, but unfortunately for him, he got crushed by the Mighty Eagle. The eggs were finally safe and retrieved to the birds.

At the end of the video, Mighty is closer to the camera making the noise of his approach and the scary music.

Origin of the Mighty Eagle

Armed with an unbelievable knowledge or pig weaknesses, Mighty Eagle is one of the greatest heroes of the war with the pigs. But one harrowing incident sent him into self imposed exile on a mountaintop. On his watch, the pigs were able to steal the eggs, and Mighty Eagle's failure to protect them shamed him so much that he retreated into solitude.

The Mighty Eagle being used on a level.

The Mighty Eagle being used in Angry Birds Friends. 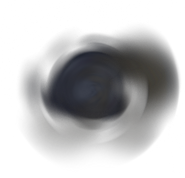 The Mighty Eagle spins after bounced at the ground

The Mighty Eagle when he was a chick 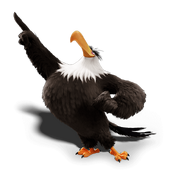 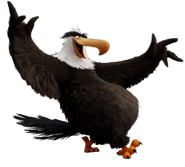 The Mighty Eagle singing a song about himself

The Mighty Eagle spreading out his wings 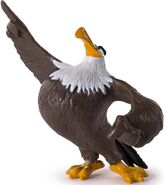 Collectible Figure
Add a photo to this gallery

Retrieved from "https://angrybirds.fandom.com/wiki/Mighty_Eagle?oldid=209246"
Community content is available under CC-BY-SA unless otherwise noted.