Below are the minor characters that appear in Angry Birds Rio merchandise, the game, or the trailers.

The Flock, Blu and Jewel

Gabi is a frog. She helps Nigel in Rio 2. She is shown to love Nigel.

Gabi is a Poison Dart Frog who is pink with bluish green eyes.

Despite not appearing in any level in the game, she appeared in some photos happy with the birds with some of them being used in merchandise such as jigsaw puzzles and more. 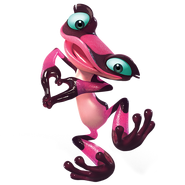 Gabi in the Movie

Gabi on the Rio Wiki

Charlie is the last character of Nigel's Gang. In the movie, Nigel calls him an "Insect-Eating Idiot". He doesn't appear in any level of the game.

Charlie is a big mute anteater who wears a hat and a red bow tie with a dark brown collar. He has brown eyes.

In Return to Angry Birds Rio, Charlie appears in the Rio 2 logo with some other characters from the movie.

Charlie on the Rio Wiki

Felipe is a bird who was formerly an enemy of the Angry Birds with him being villainous at the beginning of Rio 2, he later becomes good.

Felipe is a Scarlet Spix Macaw with a pinkish beak and green eyes. He has red, yellow and green wings.

Felipe only appears flying together with Blu in the Call the Flock power-up in Angry Birds Rio.

Felipe on the Rio Wiki

Nico & Pedro are best friends in the Rio films.

Despite nether making an appearance in the Angry Birds Rio game, Rovio did make plush toys and artwork of them.

Nico is a Yellow Canary who wears a soda bottle cap for a hat.

Despite not making an appearance in the Angry Birds Rio game, Rovio did make plush toys and artwork of Nico.

Pedro is a rapping Red-Crested Cardinal. He is Nico's best friend.

Despite not making an appearance in the Angry Birds Rio game, Rovio did make plush toys and artwork of Pedro.

The main characters of Rio. 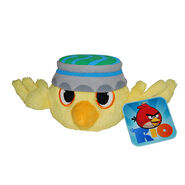 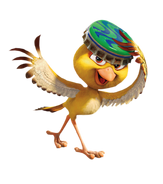 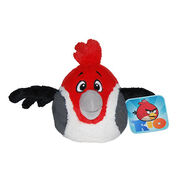 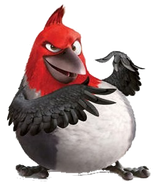