Piglantis is the twelfth season in Angry Birds Seasons and the third in Season 2012. It was released on June 14[1] with other platforms such as PC, which is the second Summer-themed episode, the first being Summer Pignic. The new feature in the game is buoyancy: birds (except Bubbles for some reason), glass, and wood can go in the water and are light enough to be pulled back out of water. Pigs and stones are too heavy to come back up and will sink down until they touch the bottom. Pigs can stay underwater for only a short amount of time before they run out of the air and the pigs are defeated.

This update gave Trick or Treat a new ending cutscene. The Haunted Hogs update added Angry Birds fishing lures into the background. The Bad Piggies turned slightly different in appearance, as did the color of Mighty Eagle and pause buttons. 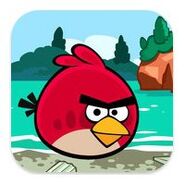 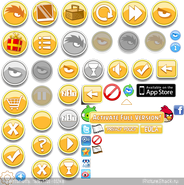 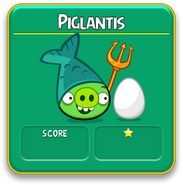