The Pirate Pigs are characters from various games.

They are normal minion pigs, who wear a Pirate Hat with a pig jolly roger or band, some of them wear shirts.

They serve the kingdom by sailing the seas and getting treasures, the most precious of them is the Eggs, which the kings often come with them in order to search for them. The pirates seem to be mean, as most of the pigs. 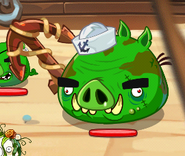 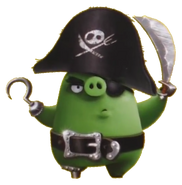 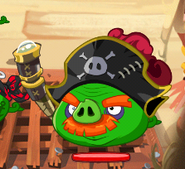 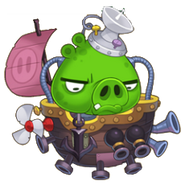 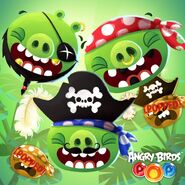