The Postman Pig is a Medium Pig found when the pause button at any level is clicked/tapped. He shows ads about updates of Rovio games when the level currently played is paused. When tapped or clicked on when happy, he feels sad and a rain cloud appears above him. When tapped or clicked, he starts to feel sad with his bag closed and the updates disappear, but if tapped again, he feels happy, the bag opens and the updates reappear.

He did not appear in the version 2.0.0 & version 2.0.2 of Angry Birds, he returned in version 2.1.0, but then disappeared again, and is currently available only in the online version of Angry Birds Friends! (Which currently only shows the Power-Ups poster) and in messages of Angry Birds 2. The Mechanic Pig slightly resembles him. Unlike the other pigs, Postman Pig doesn't appear as an enemy to the birds and is just a mailman.

There is a plush toy of the Postman Pig. 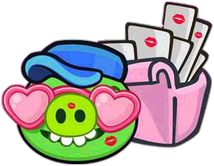 Postman Pig in the Valentine's Tournament. 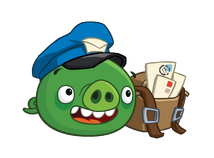 The Postman Pig in Angry Birds 2. 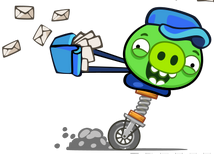 The Postman Pig delivering some newsletters.

Postman Pig with his newsletters on the ground. 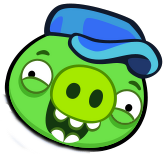 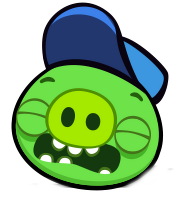 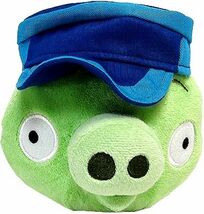 The Rovio sprite sheet for the Postman Pig in game.