Angry Birds Wiki
Register
Don't have an account?
Sign In
Advertisement
in: Birds, Stella, Characters With Movement Ability,
and 5 more

Stella, or "Princess Stella Organa," (born 19 BBY on Polis Massa; died 35 ABY on Ajan Kloss) is both a main and playable character in the Star Wars game. Stella was introduced from the very start of the game in promotional art and even had her character introduction set, but was not introduced as a playable character upon the game's release. In fact, players had to wait until the Hoth update to play as Stella in levels.

In the storyline of Star Wars, Stella plays the role of Princess Leia, Luke Skywalker's sister and Han Solo's love interest. She is first held captive by Darth Vader until she is saved by the others; from then on, she becomes a very prominent character in the storyline.

Strangely, some artwork and animations of her have a tail showing on her back, but it does not appear when you play her in the game. The tail also fails to appear in her plush toy.

Stella, for the first time, is featured with a different ability than what she typically had in slingshot-based games (the bubble ability). Rather, she has a pink tractor beam with which she can pull objects towards her. While this ability is weak at first, it grows stronger as the player progresses.

Players can use this ability to pull a supporting block on a tall structure, causing it to topple over, sometimes onto other structures. It can also be used to attack pigs beyond the other birds' reach. However, if there is an object between Stella and the player's desired target, Stella will instead hit the object.

It is also of note that all the characters in the game can activate their ability for a short period of time after they hit a structure, which can be used to the player's advantage.

Body-wise, Stella is not very strong, just as she appears in prior Angry Birds games. Once again, she is unable to deal much damage, at best shattering a few blocks of glass and wood, damaging steel only slightly.

If the player uses Stella's ability on the ground or other indestructible material, nothing will happen. 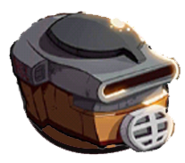 Boushh's helmet, which is used by Leia in the Moon of Endor Cutscene 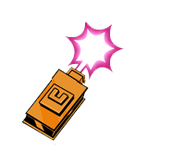 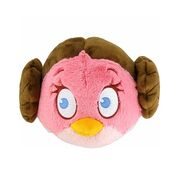