Egg Counter, newer challenges
Ragnahog is the twenty-ninth episode in Angry Birds Seasons. It was released on December 1, 2016. It is the sixth and final official episode of the Seasons 2016 package and is the seventh Christmas-themed episode and is Vikings-themed.

In the dead of winter, green-snouted banners unfurl in the arctic wind. In the distance, a lone slingshot rises to answer the Viking Pigs’ call for battle. It's a new advent style episode: Ragnahog!

It features several new things to Angry Birds Seasons, but those are from Angry Birds Friends's Vikings Tournament. They are the following:

This is what the episode's update updated.:

Just like the other Christmas episodes, the levels were unlocked every day from December 1 to December 25, 2016. They are the following:

The cutscene shows when the player completes 1-25.

It shows Red with a hairdryer heating a pig with a towel, drinking hot chocolate, while in the background there's a destroyed Viking boat sinking. 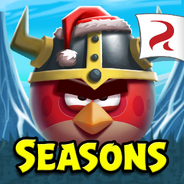 Collected all the stars on the levels 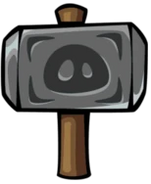 The Hammer you get after completing the episode 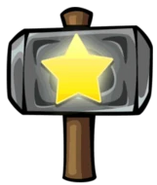 The Hammer you get after 3-staring the episode
Español Русский
Community content is available under CC-BY-SA unless otherwise noted.
Advertisement