Red Planet is the fifth episode in Angry Birds Space. It was released during the morning of August 23rd, 2012. In the trailer, after travelling a great distance, the Mars Curiosity Rover has still not found anything but the Space Pigs and the Fortress being destroyed. Then the rover detected the Ice Bird on it and therefore ending the transmission. The Rover then re-transmits the transmission to the message of Red Planet Update that came this fall.

In the beginning cutscene for Red Planet, the episode starts when the Angry Birds find the landing of the Mars Curiosity Rover. The Space Pigs also saw it and thought it could be useful for stealing Eggs, so they hijacked it, making the Birds chase it along with the pigs.

) - Introduced in level 5-5. They are similar to frozen meteorites and popcorn kernels, only when the crumbs explode, it destroys most obstacles just as easily. There are also small, smoking volcanoes with steam, known as steam geysers, which send the birds, pigs, and blocks to the direction it is facing.

The blue Crystal Shards - Worth 3,000 points like most shining objects, excluding Eggsteroids and Rovers.

The levels also consists mainly multiple red planets. Sometimes extra surfaces of the levels with fissures of lava can be seen in the levels as well.  The background of the levels is a yellow sky with stars similar to Eggsteroids only with a more dusty tint, surface of the Red Planet (possibly Mars), dust clouds from top to bottom, and a planet seen in a distance that sort of looks like Jupiter. The Background music of Red Planet has sounds of boiling magma and lava.

Red Planet is a medium episode, so later levels in this episode are much harder than early ones. Level 5-25 is the only very hard level. Although, there are some hard levels to win and three stars.

Red Planet contains 4 new Eggsteroids based on the rovers that landed on Mars, Viking Lander, Sojourner, Opportunity, and Pheonix Lander. They, respectively, represent Eggsteroids levels E-R1, E-R2, E-R3, and E-R4, and they all got the same stage background, background music, and features as on Red Planet. They be seen in the second page in Eggsteroids. 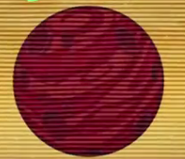 Ending Cutscene
Add a photo to this gallery 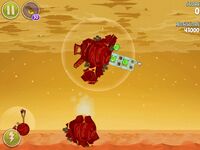 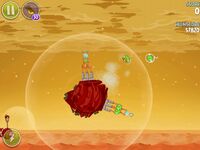 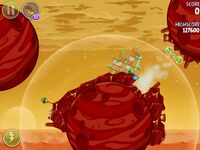 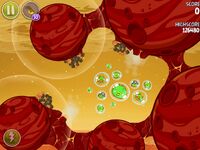 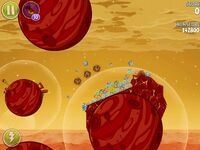 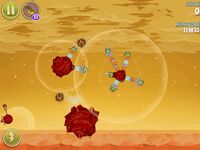 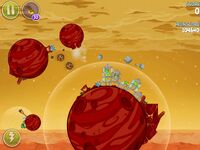 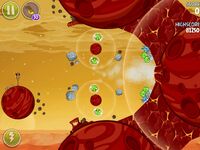 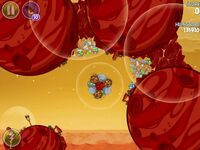 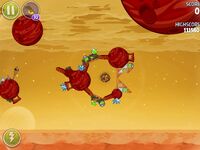 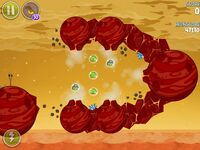 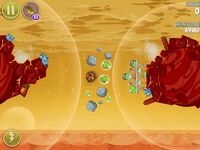 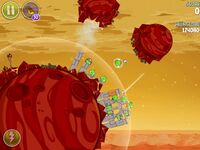 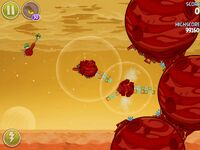 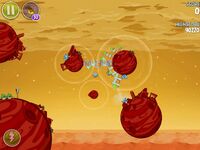 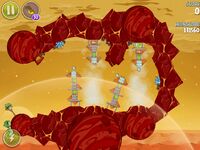 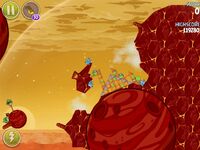 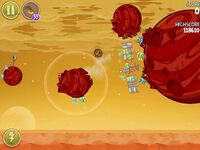 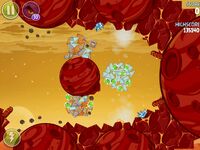 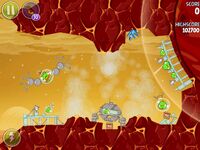 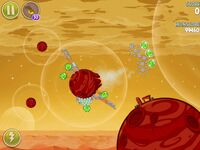 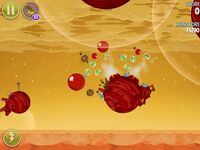 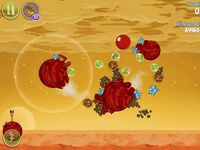 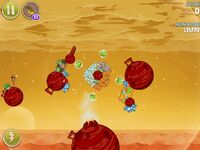 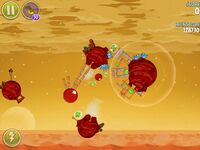 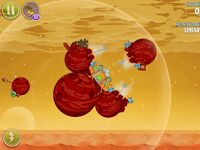 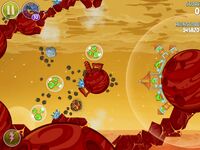 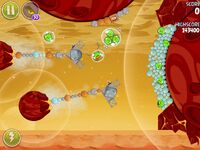 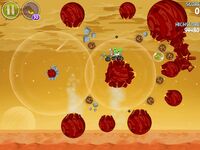 Level 5-30
Add a photo to this gallery
Retrieved from "https://angrybirds.fandom.com/wiki/Red_Planet?oldid=271331"
Community content is available under CC-BY-SA unless otherwise noted.