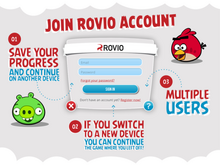 On March 8th, 2022, Rovio Entertainment Corporation sent out an email to Rovio Account holders, stating that their accounts will be deactivated on March 18, 2022 at 15:00. [5]

You are receiving this email because this address is connected to a Rovio Account, which was used to save game progress in some older Rovio games, including Angry Birds Classic, Angry Birds Go!, Angry Birds Star Wars, and Angry Birds Epic. Rovio Account has been out of use for some time, and it will be closing soon. This means that it will no longer be possible to retrieve save data from the cloud after Rovio Account is taken offline on 18.3.22, 15:00.

We apologize for any inconvenience caused by this, and we are working to bring an updated cloud saving option to our newer games very soon. Stay tuned!

On March 31st, 2022 with the release of Rovio Classics: Angry Birds, the Rovio Account system was revitalized for saving user progress on the games under the "Rovio Classics" branding. It is unknown if this system will carry over to other Rovio games. 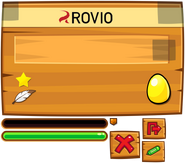 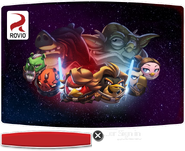 The email that was sent to Rovio Account holders on March 8th, 2022.