Template:Infobox episodeSakura Ninja (English: Cherry Blossom Ninja) is an exclusive episode to the Angry Birds Fuji TV Web game. The episode consists of 12 levels and utilizes the backgrounds and themes from Cherry Blossom.

One major difference in this episode from Cherry Blossom is that the playable birds are in costume. The Birds wear the traditional Japanese outfits worn in the Edo period. They were also worn in the promotional artwork for Cherry Blossom.

Birds and their costumes

Logo with the dog holding a sign that says Fuji TV 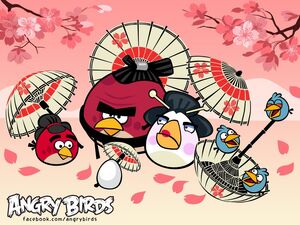 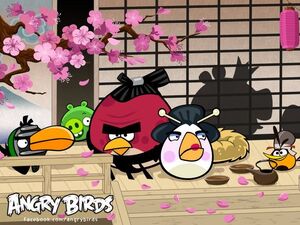 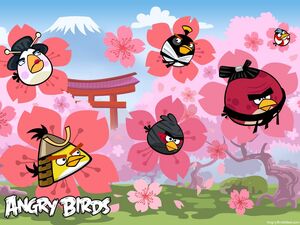 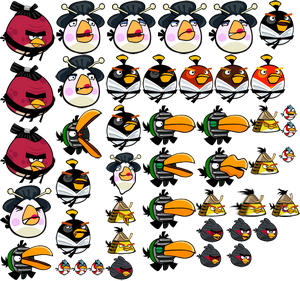 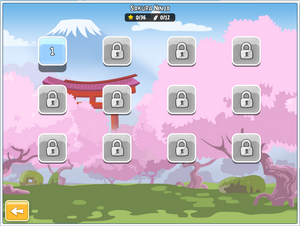 Terence and Minion Pig.
Add a photo to this gallery

Pigs in Sakura Ninja are dressed with Japanese headbands as they are in Cherry Blossom. In the first level, the small pig is seen wearing a helmet that appears to be made of a rice ball.

Note: The samurai warlord helmet is not used in either of the two games, but does appear in the sprite sheet and is clearly meant for a pig, as there is a snout on the helmet's nosepiece, so it has been added here to the King Pig for completeness. However, it was added as a helmet for the pigs in the Cherry Blossom Tournament of Angry Birds Friends!.

The game includes a level where the pig fortress is modeled after the Fuji TV headquarters in Odaiba, Minato, Tokyo, Japan. The level includes the Fuji TV mascot, Rafukun, a blue dog.

Compare this to the Headquarters.

Rufukun and the Fuji TV flag.
Add a photo to this gallery 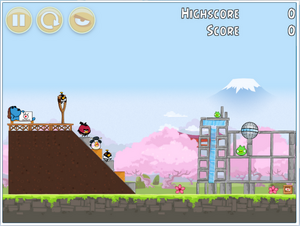 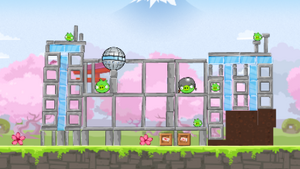 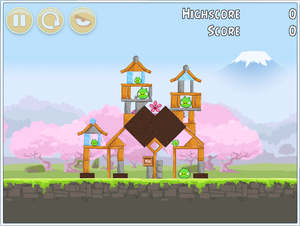 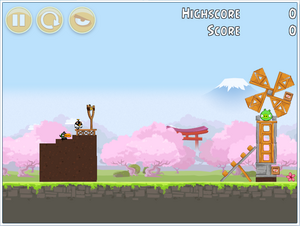 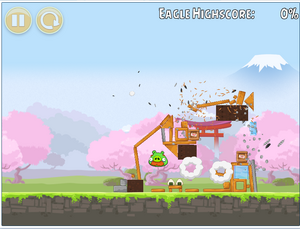 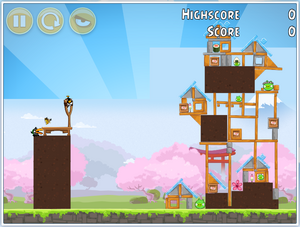 Add a photo to this gallery
Retrieved from "https://angrybirds.fandom.com/wiki/Sakura_Ninja?oldid=253761"
Community content is available under CC-BY-SA unless otherwise noted.