A sardine can, from the original Angry Birds.

A sardine which can summon the Mighty Eagle.

Sardines (originally called the "Mighty Mouse"[1]) are used to summon the Mighty Eagle in some games.

Sardines are brick-shaped metal can with bigger borders and a pink sardine symbol on top. It wasn't originally a Sardine Can, but rather a mouse. The mouse was gray and round, with a separate oval head with big round ears with pink skin, a black snout and large clueless eyes with black pupils. The mouse also had a light belly and a long tail.

In The Angry Birds Movie, the design of the sardines can is different, and the movie has Mighty Eagle eating a sardine.

Debuting in the Ham 'Em High update with the Mighty Eagle on iOS and in the same update which added power-ups on Android, it was used to summon said character when pressing the Mighty Eagle button.

When the player touches the Mighty Eagle button next to the pause button, all the birds disintegrate and a can of sardines spawns on the slingshot. When the player shoots the sardines from the slingshot, the Mighty Eagle comes down to attack in a wide V-Shape. The Sardines themselves can pop pigs and knockdown weak structures. They are very bouncy and will bounce off most surfaces. The best position for them is the front or in-between structures, so Mighty Eagle may get a higher chance to destroy most objects in the level.

The sardine once again appears as an object used in the game, which debuted in the v1.5.2 update on iOS and in the same update which added power-ups on Android. In Year of the Dragon, it gets replaced by the Red Koi Fish. In Ham Dunk, a backpack replaces it.

The sardine once again appears as an object used in the game which debuted in a random update on iOS and in the same update which added power-ups on Android.

The sardine once again appears as an object used in the game which debuted in a random update. Unlike the previous games, they could be used for free in the first 21 levels of Poached Eggs.

The sardine used to appear purchasable in the shop but for Bird Coins, which only gave a limited number of sardines. They worked the same way but could be only used in the story levels. They were removed when the Facebook version was changed to be more like the Windows 10 version (depressingly) in January 2020. Unlike the previous games, the sardines were limited in quantity.

The sardine once again appears as an object used in the game which debuted at launch. Unlike the previous games, they could be used for free in all levels of the game.

The sardine once again appears as an object used in the game which debuted at launch on iOS and in a random update on Android. It summons the Space Eagle (Mighty Buzzard in Beak Impact) and the sardines were limited, just like in Angry Birds Friends.

The sardines appear in Angry Birds 2, as a spell. The spell can be obtained by buying it at the shop, by opening chests, or through the Tower of Fortune. In addition, there is a rare chance that the player will obtain a sardine for free by filling the Destructometer.

The sardine once again appears as an object used in the game which debuted in v1.9.0. Unlike the previous games, a bigger version can be given to the player each day along with some Bird Coins which is limited use and each can only be used once each day in an incomplete level.

The sardines can appears when Mighty Eagle is leaving his armchair after singing the Mighty Eagle Song. He almost slips on one of the cans. There is also a big sardine as a trophy on his cave's walls.

In a deleted scene, Mighty Eagle eats sardines from the can while telling his coconut story. It can be watched here.

Mighty Mouse in a tutorial 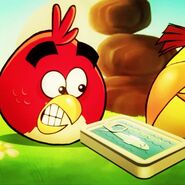 Red afraid of a sardine can

Mighty Eagle with sardines in The Angry Birds Movie. 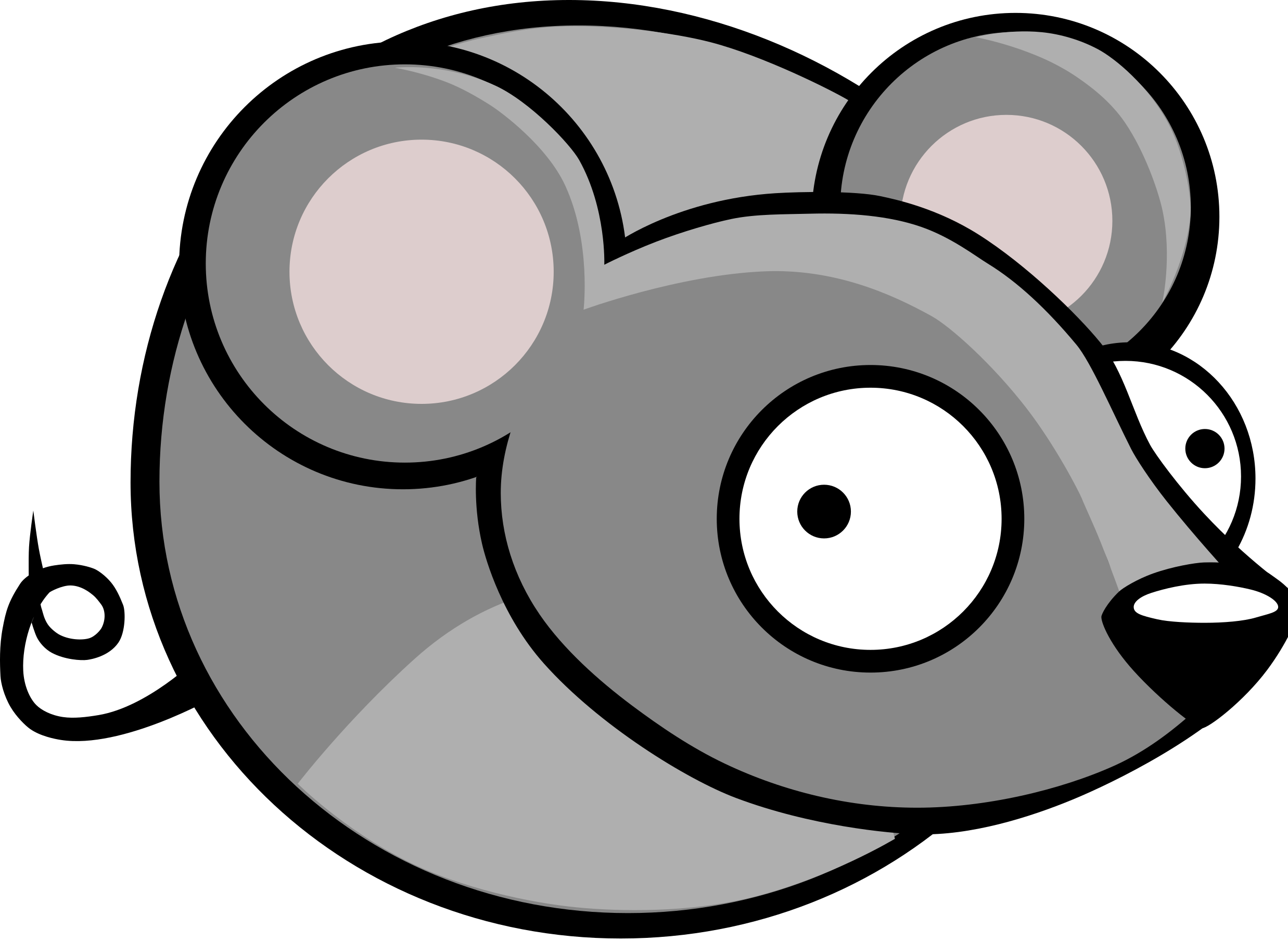 The fish inside the can

The Sardine Can seen in Rovio Classics: Angry Birds

The Big Sardine Can seen in Angry Birds Reloaded

The Sardine Can in Angry Birds Friends (pre-2020)

Popup in Angry Birds Reloaded when used Large Sardine Can in a previous level.