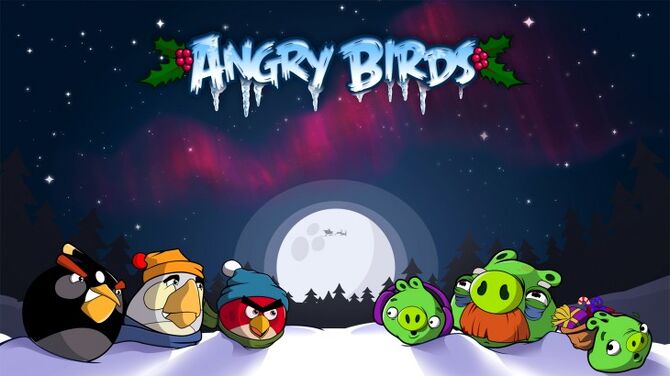 Because of this format, the player can't unlock additional levels by completing them in order like in other episodes. Thus, the levels can be tackled in any order the player desires, proving that the required levels were passed. To open the levels, the player must have a wireless internet connection. By default, the level is locked, and if the player attempts to access it when not connected to the internet, he/she'll be presented with an error message.

But should the player connect successfully to the Internet before opening the levels, they'll load the level and will never encounter the problem again. Rovio has stated that an update would be released following Christmas Day 2010, when the twenty-fifth and final level was released, which would open all of Season's Greeding's levels, but even after the Hogs and Kisses update was released in February 2011, error messages can still be received.

In the Chinese version of Seasons, the episode is located in the Mystery Area section, and is classified as the third episode.

YULETIDE GLEE
Red and the Blues must have been going soft. There they were taking the eggs on a sleigh ride in the Crown Mountains when they were met by pigs bearing gifts. Full of the holiday spirit, bird and pig sat together watching the sun come up — until the seasonal swine slid away with the eggs. Those rotters! 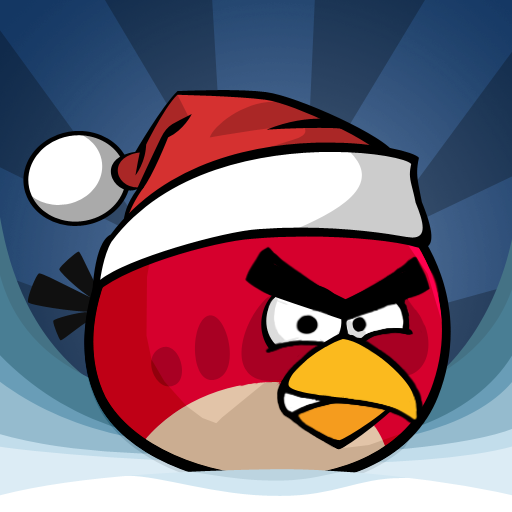 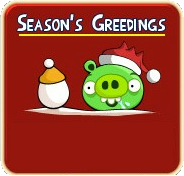 The Christmas Present you receive after you complete the stage