Female
Shakira (also known as Shakira Bird) was an exclusive character to Angry Birds POP! and Angry Birds Friends who was also used to represent Colombian pop star and activist Shakira's support of the #UpForSchool campaign as well as the release of her own Rovio game, Love Rocks. She is modelled on Shakira herself.

She was planned to replace Stella in the game for a limited time but she wasn’t used at all.

Shakira's special pop is the Love Pop, a dark red bubble with hints of yellow, which collects the bubbles it touches, giving the player more bubbles to fire. Like the other guest stars in Angry Birds POP!, she was introduced in her own themed lands (Love Lagoon and Cloudy Peaks) and was only playable alongside the regular characters for a period of two weeks.

On October 2, 2015, Rovio teased a new project with Shakira in a video called "When the Mighty Eagle calls...". It was a teaser for Love Rocks, a new Rovio game starring Shakira.

From October 5–11, 2015, Shakira was a playable character during the Love Rocks Tournament in Angry Birds Friends. She replaces Chuck in the said tournament and speeds up just like him. She also replaces him as an opponent in the Friends League and makes the same noises as him. The tournament promotes the Love Rocks game. When the player opened the credits, Shakira would fall from the sky instead of Chuck.

The short begins with two construction worker pigs starting a plan to steal the eggs. They begin their plans to build an egg-stealing robot when a mysterious hooded figure swaps the blueprints for the robot with those of a school. The day passes and the pigs, unaware that the blueprints have been switched, are confused when they see a school in place of their robot. They keep checking their blueprints to see if they have done anything wrong. A school bell can be heard ringing and the pigs realize it is time to go to school. They enter the school with notebooks and pencils. The hooded figure is seen watching from above and is then revealed to be Shakira. The short ends with a tweet from Shakira herself urging fans to support UpForSchool. 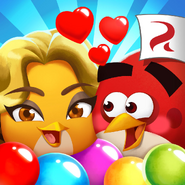 Shakira in the #UpForSchool short. 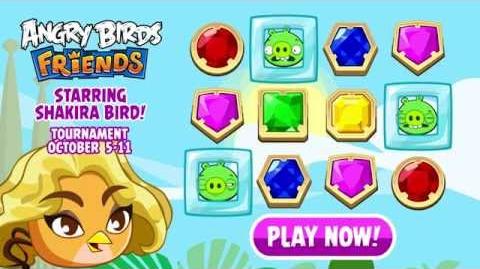 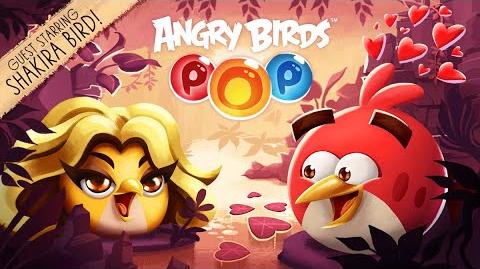 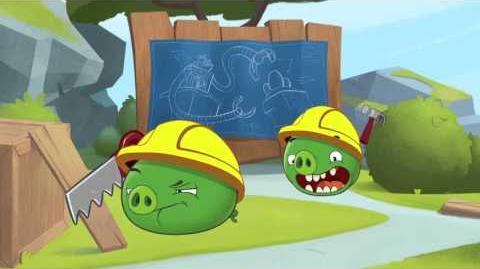