Ski or Squeal is the twenty-third episode in Angry Birds Seasons. It is the third official episode of the Season 2015 package. It was released on December 1, 2015, and is the sixth Christmas-themed episode, the first being Season's Greedings, the second being Wreck the Halls, the third being Winter Wonderham, the fourth being Arctic Eggspedition, and the fifth being On Finn Ice.

A cutscene shows when the player completes level 1-25.

It shows Terence and Tony getting their Christmas presents while wearing Christmas hats and sweaters. 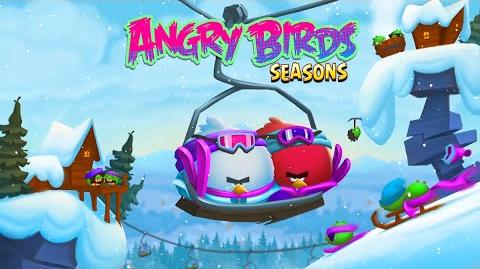