Sonic the Hedgehog appears in Angry Birds Epic for a limited time, and only in the Sonic Dash event. He will no longer be playable after the event ends. He first appears encaged, and once you free him, you will automatically win the level. You must use him as a fighter after freeing him.

Sonic makes a guest starring role on the Sonic Dash Event in Angry Birds Epic for a limited time. He was captured by Dr. Eggman but was eventually set free by The Flock and worked along side them to defeat Eggman's badniks. His abilities are to spin dash on the enemies and turn into Super Sonic when the Rage Chili is used on him. 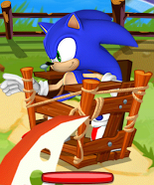 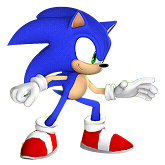 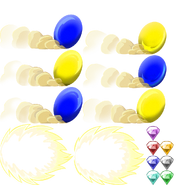 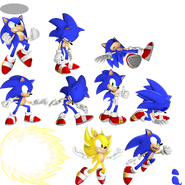