Captain Red Beard has been defeated but he's not giving up yet. He runs to Western Cobalt Plateaus with Bomb's ship's steering wheel in his hand.

Captain Red Beard can summon 2 Pirate Pigs, so beating him first is the best thing to do. Deal with the Pirates afterwards. 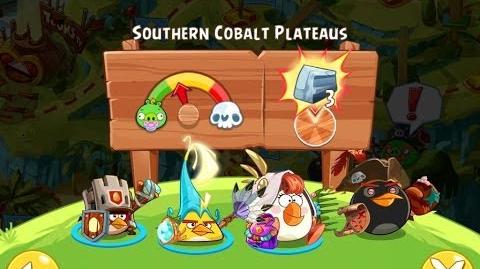 Retrieved from "https://angrybirds.fandom.com/wiki/Southern_Cobalt_Plateaus?oldid=268512"
Community content is available under CC-BY-SA unless otherwise noted.