Star Cup is a feature in Angry Birds Friends.

Unlike the tournament mode, where you can play against several people, you challenge only one online player. If you have a ticket, you can play three rounds. Before each round, a slot machine will appear on your screen, randomly generating a power-up you can use for free in the round, including the exclusive TNT Drop, a slingshot that you will use in the round, and an effect that will occur in the round. These effects include...

When the round starts, you have to get as much score as possible, you don't have to pop all pigs, but it's necessary for scoring points than your adversary. When the round ends, your points are added to your total score. At the end of round 3, the person with the highest score wins the match. And win a reward from the winning streak that resets every six wins in a row. You get a free new ticket every 6 hours, but you will never get more than 4 free tickets every 24 hours.

You earn a star for each round you win. The more stars you have, the higher up you will be ranked in the league. The league lasts for 14 days. All players start the league with 500 stars. You win a match if the sum of your scores in all 3 rounds exceeds that of your opponent (that is: you can win a match but earn only one star from one round won).

On April 25, 2022, a new mode called Star Cup: Brawl! that replaces the original Star Cup has been added into Angry Birds Friends. It's more like Angry Birds 2's arena now, with it being seasonal and games only lasting one match.[1]

The game mode was later brought back for a second season on May 13th with fan feedback taken into account due to previous experiences with subpar player ability balancing.[2] 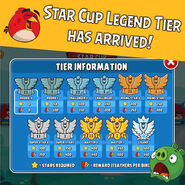 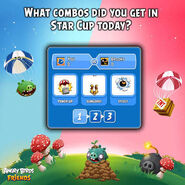 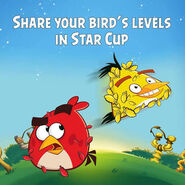 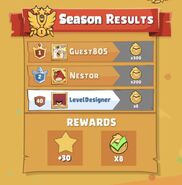 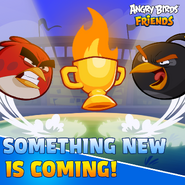 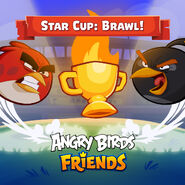 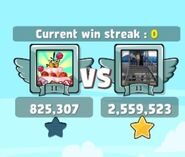 Blue flame for streaks above 3. 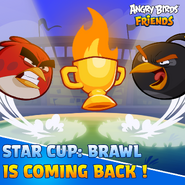 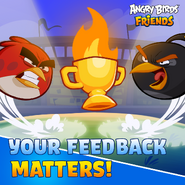