This update introduced The Pig Challenge.

The cutscene shows when the player completes 1–19.

It shows that Terence is sad because the holiday camp ended and the pigs are going away in a car. One of the pigs is sad and begging to stay in the camp by putting his hooves into the car's window. 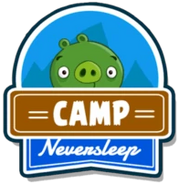 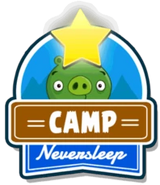 The Sign you get after 3-staring the episode
Español Русский
Community content is available under CC-BY-SA unless otherwise noted.
Advertisement