Angry Birds Wiki
Register
Don't have an account?
Sign In
Advertisement
in: Pages with sections in need of expansion, Terence/Angryverse, Transformations
English

The Incredible Terence (sometimes known as Monster Bird, or Bulk[1]) is a transformation which appears in the Angry Birds series. It is an alternate state of Terence, achieved by passing through a wormhole.

The game begins with Terence isolated under a tree as the flock tends to the eggs. Suddenly, a vortex opens up in the sky and Ice Bird flies out with his eggsteroid, shortly followed by a robotic arm. The arm grabs the eggsteroid and the flock's eggs and goes back into the vortex, causing the flock to fly into the portal to pursue the eggs, Terence following.

Through the portal Terence, along with the rest of the flock, transforms into his space counterpart.

The flock makes it out of the vortex and into the final frontier, beginning the events of the game.

Terence is known as the "Incredible Terence" and is based on Marvel's comic book character, The Incredible Hulk. He doesn't make any changes appearance-wise, but his color is completely changed into green, and his spots and creases are now dark green.

Terence and the other characters (excluding Atomic Bird) received their own promotional videos, along with merchandise to advertise the game.

Terence has the same ability that he does in the previous games, though players now rely on his force rather than his strength. Terence now pushes the objects he hits, rather than destroy them, knocking them into gravitational fields and often having destructive results.

He also has a small unknown feature; when the screen is tapped when he is nearby a pig, he will roar, sending out flashes of green and causing the nearby pig to jump up. This will only happen in a gravitational field and isn't extremely useful, though it can do small damage.

The Wingman also appears in the form of space Terence with the wingman costume as a powerup. This time, however, Wingman can send out a gravitational field around him when the screen is tapped, attracting nearby objects for a couple of seconds until the field disappears and he disintegrates. 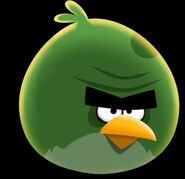 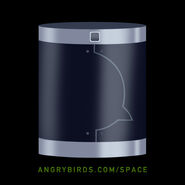 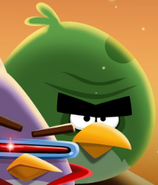 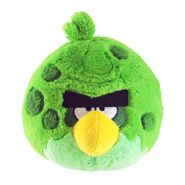 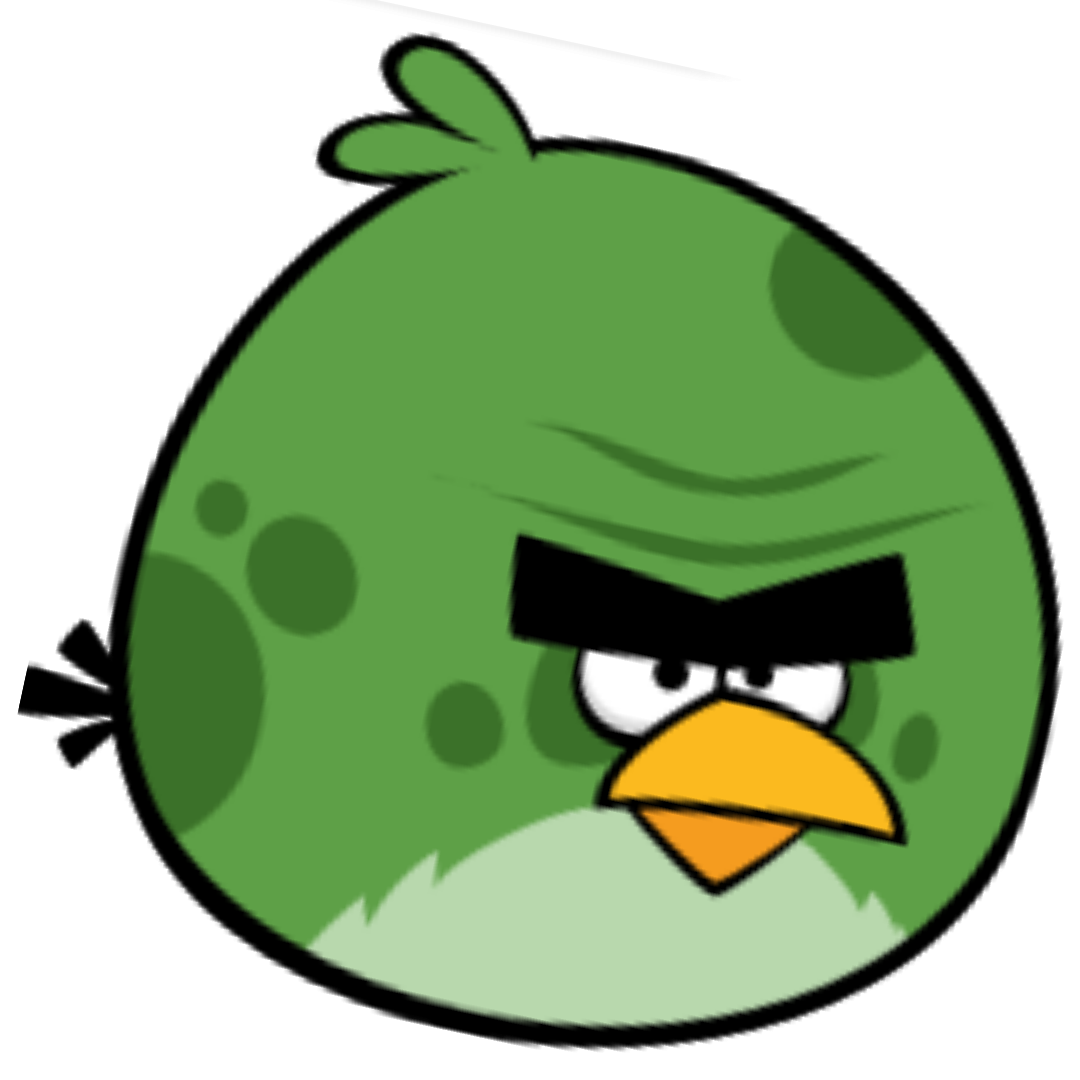 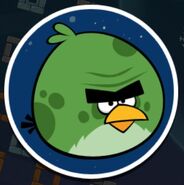 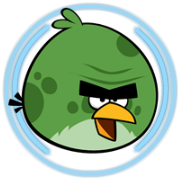 Even though he is bright green, he should never be confused with the pigs. He might get angry, So be careful with him. 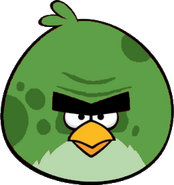 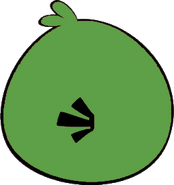