The Eggs (known as Eynah by the birds and pigs) are the birds' most desperate items they want to protect in several Angry Birds games. King Pig, who hasn't tasted them and scared that the Minion Pigs will find out his secret, ordered them to steal the Eggs. The birds continuously have to retrieve the eggs back from the pigs. In every episode, there are three eggs other than Season's Greedings and Go Green, Get Lucky which have one, and two for Hogs and Kisses. In Angry Birds Star Wars 2, the normal eggs appear as only two and appears as a golden item on Revenge Of The Pork' s Bird Side and in the last cutscene on the Pork Side, they are the eggs of Anakin and Padmé Amidala that later would hatch into Luke Skywalker and Leia. In Angry Birds, the Eggs are first seen in Poached Eggs 3-21. In the King Pig game mode, the Pigs that you usually attack are replaced with Eggs having the existence of the Small, Medium, Large Eggs, The Helmet Egg, the Mustache Egg, and the King Egg. In the past, there were lots of eggs. But since they were brought back to their parents, the Flock's eggs are the only three remaining eggs.  It remains a mystery in who actually layed the three Eggs in the games, and the cartoon series, Angry Birds Toons. Matilda is mostly assumed to be the bird who layed the Eggs, as she is one of the few female birds in the flock who can do so. The eggs are from a rare species of bird who the flock doesn't want to get extinct.

In Bad Piggies, Ross attempts to carefully steal one of the eggs from the birds while they are sleeping, and was successful, and so King Pig told him to put it in a vehicle and then take it away from the birds, as shown in the first cutscene of Flight in the Night. However, in the end, when King Pig attempts to break the egg with a hammer, the egg was revealed to actually be a rock, in which The Blues were tricking the pigs by dipping that rock in a bucket of white paint to make a sighting of an egg, and The Blues giggled to them.

Additionally, in certain levels of Flight in the Night, when Ross, with an egg, is near a bird, that bird will notice Ross had stolen the egg, and then prepares to attack him using a slingshot.

In The Angry Birds Movie, the eggs were the future-children and treasure that most of the birds on Bird Village had, until the pigs raided the village and stole the eggs along with some other things, not so much time after, the birds fought the pigs and retrieved the eggs, just in time of they hatching and turning into Hatchlings, including Jay, Jake, and Jim, that was the first to hatch and hatched in the explosion of the Castle and Pig City.

One of the eggs.

Red, Bomb and Jay with the Eggs.

The Pigs stole the Eggs, as seen in the episode, Poached Eggs.

Eggs, as seen in the cinematic trailer

Another picture of the egg from Angry Birds Star Wars 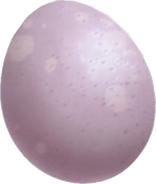 An egg from The Angry Birds Movie 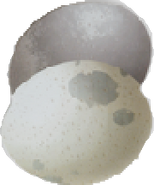 Hybrid Hatchlings, which caused Red, Chuck & even Matilda to freak out. 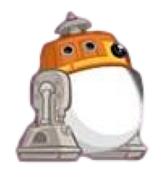 The Eggs in Angry Birds Toons.

One of the eggs (Angry Birds Toons)

Double Take, that is an episode from the Toons version. Note the pig pretending to be the egg.

Winter Egg with its rightful owners 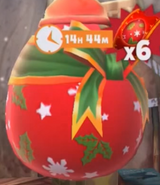 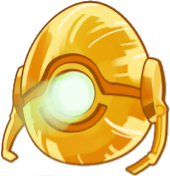 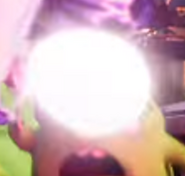 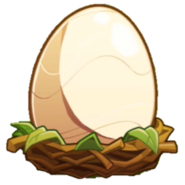 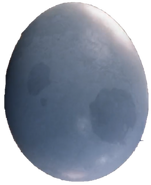 A baby blue egg, where The Blues are born.