The Mighty League is a brand new mode for Angry Birds. It is a social way to play classic levels.

The music soundtrack features the Original Angry Birds Theme in a Remix of Darude - Sandstorm. 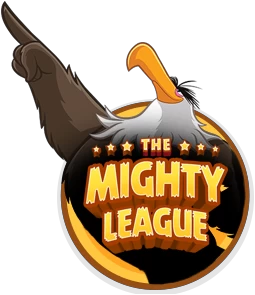 The former icon on the title Screen 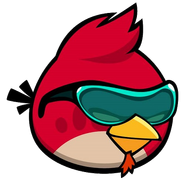 Red as Darude
Add a photo to this gallery

Players must play every level and get a determined number of stars (Mostly recommended get 3 stars on every daily levels) on each league where they are currently into progress with the higher league. However, there is a time limit on each league otherwise. If the players fail to complete, they will be demoted into the previous league.

Each level objective requires the player to complete within the time limit and earn at least the stated score to pass the level. There will be a time bonus if completed earlier.

Each level formerly cost 1 ticket to attempt,before the tickets were removed. 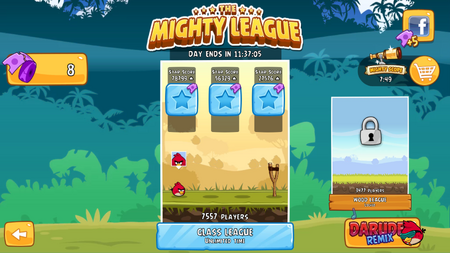 Sticker Book is an achievements page. You can get the stickers by completing each achievement in Mighty League. After getting stickers, players will receive prize eggs, which include prizes such as entry tickets and power-ups that can be used in the game.

Retrieved from "https://angrybirds.fandom.com/wiki/The_Mighty_League?oldid=235779"
Community content is available under CC-BY-SA unless otherwise noted.