Toons.TV was a multiplatform entertainment channel owned and operated by the Rovio Animation division of Rovio Entertainment. It was available in most of the Rovio apps, video-on-demand providers, smart TVs and other connected devices, and also as an app. As of December 2014, its content was viewed more than four billion times.

It has been reported that as of the Summer of 2017, the Toons.TV website has been shut down, along with its app, and any links to it have been redirected to the Angry Birds' official YouTube channel, although it continues to exist.

(Note: channels marked with a * do not appear in the Toons.TV standalone app due to them no longer present prior to that app's release)

An example of the button from Angry Birds Star Wars II.

As seen on the Pork Side. 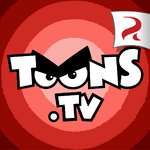 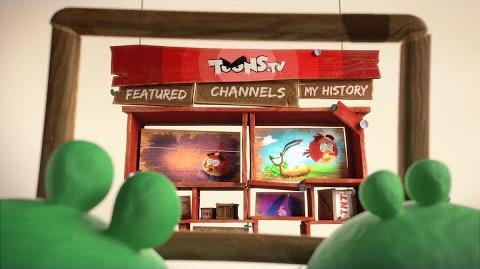