Template:Infobox episode 2Tropigal Paradise is the twenty-first episode in Angry Birds Seasons. It is the first official episode of the Season 2015 package. It was released in April 2015 and is promoting the Help For Endangered Birds  introducing Bird Life and a bunch of birds appear on the levels on the first page.

It shows that Jay, Jake and Jim defeated the Tribal Pigs. 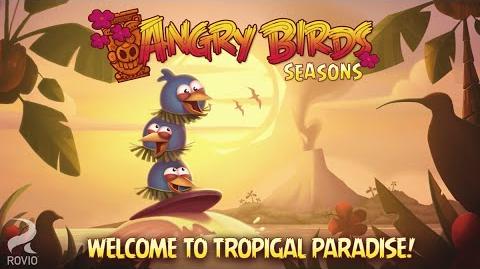