Tusk 'til Dawn is the fifth episode of Bad Piggies. It is based on Halloween, and has new music while driving a vehicle, made by a popular recording artist, Major Lazer.  The episode is a sugar filled land, like Birdday Party from Angry Birds Classic, but instead much darker with a Halloween atmosphere. This episode applies Halloween masks for Ross every time you place him in his vehicle:

Ross goes trick or treating at a Halloween world, where there are many candies. After that, he enjoyed his halloween treats,he ate too many candies that he felt asleep.

After he's awake, the Zombie Pigs and Major Lazer came and took his remaining candies, making Ross very mad and wanting to attack Major Lazer with his empty pumpkin pot, but it bounced back and hit his head, making him unconscious.

After he's awake once again, he realized that everything that just happened is a bad dream. 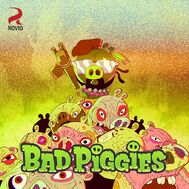 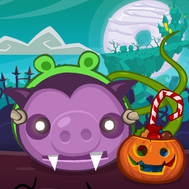 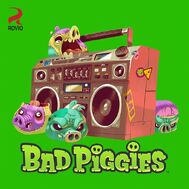 Red, who debuts in this episode 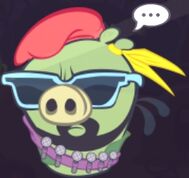 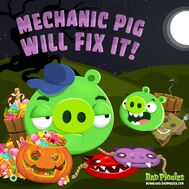 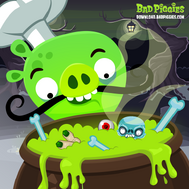