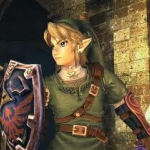 Link The Hero of Time

Legend of Zelda
What is it:
One of the greatest games of all time
Main Protagonists:
Link and Zelda
Antagonists:
Ganondorf (main antagonist in most games)

Do, or do not. There is no try. ~Jedi Master Yoda, Star Wars Episode V: The Empire Strikes Back

Hey there, everyone. I am a local admin here on this wiki, and I'm always glad to help anybody in need for help, thank you and goodbye.

Others games I play include:

Legend of Zelda (Best games ever)

Link The Hero of Time

I'm sorry, Porfessor... but I must not tell lies.

Voldemort: Harry Potter, why do you live?

Harry: Because I have something worth living for.

Fear is the path to the dark side. Fear leads to anger, anger leads to hate, hate leads to suffering.

Windu: In the name of the Galactic Senate of the Republic, you are under arrest, Chancelor.

Palpatine: Are you threatening me, Master Jedi?

Windu: The Senate will decide your fate.

Palpatine: I am the senate.

Palpatine: It's treason... then. AAAAAAAARRRRRGGGHHH!!!!!!!!

These aren't the droids you're looking for.

Vader: Obi-Wan never told you what happened to your father?

Vader: Search your feelings and you'll know it to be true!

Luke: Never... I'll never turn to the Dark Side. You failed, your highness. I am a Jedi, like my father before me.

Palpatine stares at Luke with an angered, intimidating stare

Palpatine: (Quietly, yet intimidatingly) So be it... Jedi.

It's not who I am underneath, but what I do that defines me.

Let's put a smile on that face!

[voiceover] Whatever life holds in store for me, I will never forget these words: "With great power comes great responsibility." This is my gift, my curse. Who am I? I'm Spider-man.

I am looking... for someone to share in an adventure.

-Gandalf the Grey, The Hobbit: An Unexpected Journey (2012)

Bilbo: Can you promise I will come back?

Bilbo Baggins and Gandalf the Grey, The Hobbit: An Unexpected Journey (2012)

-Bilbo Baggins and Gollum, The Hobbit: An Unexpected Journey (2012) Source

One does not simply walk into Mordor!

I am a servant of the secret... wielder of the Flame of Anon! The dark fire will not avail you, Flame of Udun! Go back to the shadow! YOU... SHALL NOT... PASS!!!!

I know. It’s all wrong. By rights we shouldn’t even be here. But we are. It’s like in the great stories, Mr. Frodo. The ones that really mattered. Full of darkness and danger, they were. And sometimes you didn’t want to know the end. Because how could the end be happy? How could the world go back to the way it was when so much bad had happened? But in the end, it’s only a passing thing, this shadow. Even darkness must pass. A new day will come. And when the sun shines it will shine out the clearer. Those were the stories that stayed with you. That meant something, even if you were too small to understand why. But I think, Mr. Frodo, I do understand. I know now. Folk in those stories had lots of chances of turning back, only they didn’t. They kept going. Because they were holding on to something. That there’s some good in this world, Mr. Frodo… and it’s worth fighting for.,

I will not say "do not weep", for not all tears are of evil.

Ah, I've been playing the Zelda games for the first time in years. It brings back so many memories. I need to add the songs to this here list. The songs in Legend of Zelda are just beautiful.

Movie: Star Wars, The Hobbit, and The Lord of the Rings

Novel: Harry Potter and The Lord of the Rings

Villain: Tie between Darth Vader and the Joker

Qaz - Someone I can look up to, one of the best admins ever

Brendan (Bomb) - First person i met here, he has been a great friend to me

Boomerang - One of the first people I met here, I appreciate his friendiness

Angry Hearts - Hearts is someone who is unbelieveably hard to hate, it's impossible to hate her. She is just a great friend.

Shrev - He's one of those rare admins (Like Qaz, Brendan and SJB) who know how to work together with other users perfectly.

SJB - He is quite a good admin, but isn't online too often.

Tyrex - Tyrex is one of those cool guys who can't be angered easily, he is also really nice.

Now, if you need help with anything, just ask me! Now, <insert name here>, have fun looking around!

I listen to a lot of Minecraft song parodies. You can see them here: User:Angry Bird Piggy/My Favorite Minecraft Music

Retrieved from "https://angrybirds.fandom.com/wiki/User:Link_The_Hero_of_Time?oldid=191026"
Community content is available under CC-BY-SA unless otherwise noted.