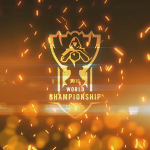 I've played Angry Birds ever since the original became a big hit, and I've grown to like it over the couple of months of playing it, though I'm not really obsessed with it. I also have the Seasons, Rio, and Space versions.

For those of you who haven't noticed, there is a user on Photobucket that goes by the same username as me: qazqaz5555. I am not that user.

Retrieved from "https://angrybirds.fandom.com/wiki/User:Qazqaz555?oldid=189525"
Community content is available under CC-BY-SA unless otherwise noted.