Being stronger than other pigs and restoring health.

Male
The Werepig is a pig that appeared during the Angry Birds Friends Rise of the Werepigs Tournament.

The Werepigs are normal pig that switches into a werepig by a bird smashing a jar in a level. This makes they stronger, so it becomes harder to defeat. They are greyish white, have bushy eyebrows and fluffy skin. Their eyes are completely black. Only the pupils are white. They has sharp teeth and arms and legs, which is pretty special for Angry Birds Slingshot games.

When a glass with a moon would be destroyed, the full moon would rise from the clouds and turn all the pigs into werepigs. They restore their health and are a bit stronger and act like the marmosets from Angry Birds Rio; if they are near an edge, they will try to not fall and will make a scared sound.

When the player failed to complete a level on the tournament, a Werepig would appear laughing at the Level Failed Screen.

Rise of the Werepigs Tornament teaser 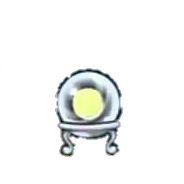 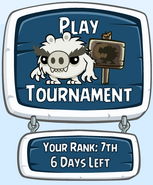 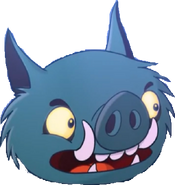 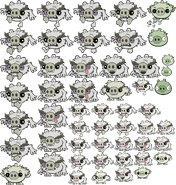