Winter Wonderham is the thirteenth episode in Angry Birds Seasons, this is the third Christmas-themed episode, and the sixth and final episode of the Season 2012 package. It was first revealed on the Game Center leaderboards, and was reported by Angry Birds Nest on November 19, 2012.

The rumored app picture and leaderboard 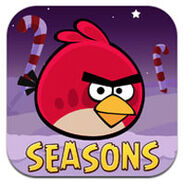 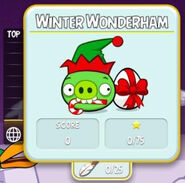 Ending cutscene V2
Add a photo to this gallery

Retrieved from "https://angrybirds.fandom.com/wiki/Winter_Wonderham?oldid=212275"
Community content is available under CC-BY-SA unless otherwise noted.